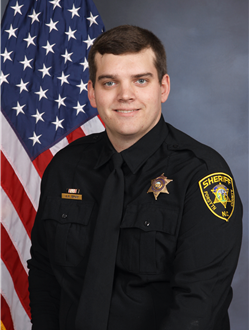 Officer Bray’s attention to detail helped maintain the safety and security of the inmate and facility.