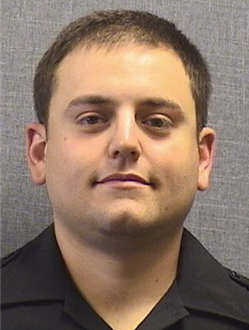 On June 9, 2018, during an inmate housing security tour, Detention Officer Frye observed an inmate that had a pair of socks wrapped around his neck. Officer Frye immediately called for medical and additional officer support, entered the cell, removed the socks, and started cardiopulmonary resuscitation, which was successful. Due to Officer Frye's keen observation skills and quick thinking; he prevented an inmate from taking his own life. Officer Frye is commended on a job well done.

Detention Officer Frye has been with the Forsyth County Sheriff’s Office since June 2016.