The Forsyth County DWI Task Force is a six person multi-agency law enforcement coalition of public safety agencies banding together to fight drunken driving and was created in November, 2010. It is a grant funded program through the North Carolina Governor’s Highway Safety Program. Participants include, four officers from the WSPD, one Forsyth County Sheriff’s Office Deputy and one Kernersville Police Officer.

The purpose of the Task Force is to conduct enhanced DWI patrols to saturate specific roadways within Forsyth County where impaired driving is likely. Forsyth County is one of the top 10 counties in North Carolina for alcohol related crashes.

As a dedicated DWI enforcement team, they are able to concentrate patrol efforts on apprehending drunk drivers. In addition, members of the DWI Task Force are able to provide support to regular patrol officers during peak offense times. Patrol Officers can turn over their DWI arrest to a DWI Task Force team member who will then handle the lengthy process of the arrest.

DWI Task Force members also teach the IMPACT program to Winston-Salem/Forsyth County schools. The program is an attempt to educate teenagers of the dangers and consequences of drinking and driving. 56 classes were held totalling 1790 student participants.

During year one of the DWI Task Force grant, the team participated and reported in every campaign related to the Governor's Highway Safety Program. The Task Force began DWI enforcement on November 17, 2010 and on September 30, 2011 posted the following statistics: 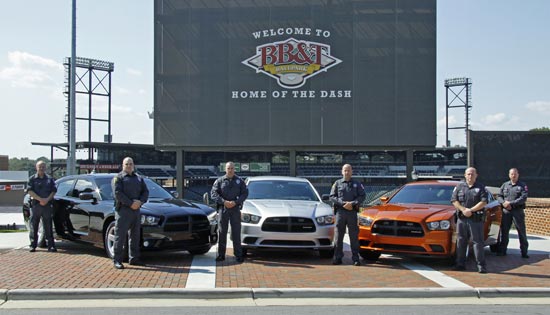