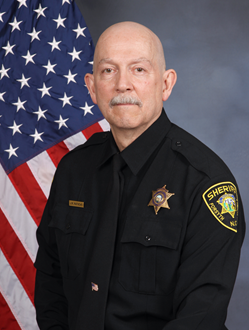 On April 22, 2019, Cpl. Mathews responded to an emergency situation in which a fellow officer was being physically assaulted by an inmate. Without reservation, Cpl. Mathews engaged and subdued the inmate and in doing so, placed himself in harm’s way. Due to this selfless act, Cpl. Matthews is being recognized as the Detention Staff Member of the Month.