Join us for our evening show on Tuesday, September 12, at 6 pm to view The Zookeeper's Wife based on Diane Ackerman's non-fiction book of the same name.

Directed by Niki Caro, The Zookeeper's Wife , based on a true story, is a tender, beautiful, courage-filled movie. It's also, at times, surprisingly graphic for a PG-13 film.

The time is 1939 and the place is Poland, the homeland of Antonina Zabinski and her husband, Dr. Jan Zabinski. The Warsaw Zoo flourishes under Jan's stewardship and Antonina's care. When their country is invaded by the Nazis, Jan and Antonina are forced to report to the Reich's newly appointed zoologist, Lutz Heck. The Zabinskis covertly begin working with the Resistance and put into action plans to save the lives of hundreds from what has become the Warsaw Ghetto. (2 hours and 7 min) 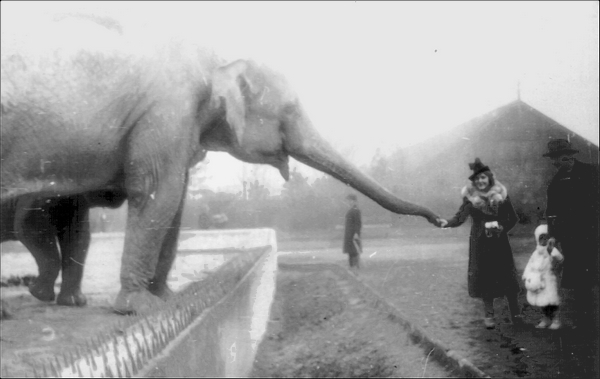 The Warsaw Zoo pictured in 1938, a year before the outbreak of World War II. Public Domain.