Captain Barker began his public safety career in 1981 at Iredell County EMS. He then transferred to Forsyth County EMS in 1984 as a paramedic and specialist on the SORT team. Captain Barker joined the Forsyth County Sheriff’s Office on in 1987 as a Reserve officer. Once completing BLET, he was hired full time as a Deputy in Patrol.

Captain Barker has also served in Community Policing, Criminal Investigations, Internal Affairs and Civil Divisions. He plans to continue serving the sheriff’s office on a part time basis and become a member of the Reserves forces. 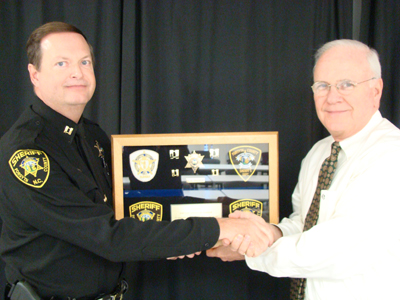