On October 12, 2011 the Forsyth County Sheriff’s Office was presented with the Patriot Award from the Employer Support of the Guard and Reserve (ESGR). This award is given to recognize employers who support a strong National Guard and Reserve force. Employers qualify for recognition when they practice leadership and personnel policies that support employee participation in the Guard and Reserve. Deputy B. Milch of the Forsyth County Sheriff’s Office is a Staff Sergeant in the Air National Guard, and took the initiative to nominate the agency for the Patriot Award.

ESGR is a Department of Defense organization. It is a staff group within the Office of the Assistant Secretary of Defense for Reserve Affairs, which is in itself a part of the Office of the Secretary of Defense. ESGR was established in 1972 to promote cooperation and understanding between Reserve component members and their civilian employers by advocating relevant initiatives, recognizing outstanding support, increasing awareness of applicable laws, and resolving conflict between employers and service members. 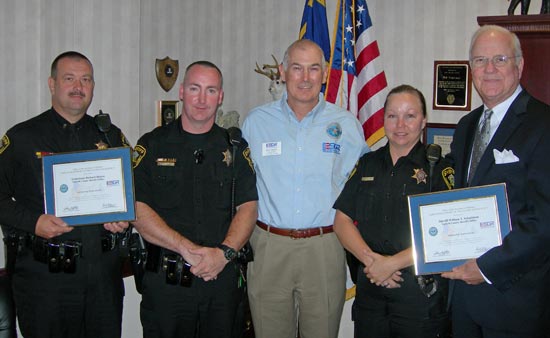